This week, our Book of the Week is The Shadow King, by Maaza Mengiste. Set during Italy’s invasion of Ethiopia, The Shadow King is an exhilarating tale of a band of female fighters refusing to submit to European colonisation. If you’ve already been wowed by Mengiste’s novel, we’ve selected some empowering reads for you to enjoy.

The Memory of Love, by Aminatta Forna

Set in Sierra Leone, Forna’s novel explores the physical and psychological impact of warfare alongside the love which endures through horrific circumstances. The Memory of Love follows the lives of three people; Elias Cole, dying and reflecting on his obsessive love for Saffia, Adrian Lockheart, a psychologist new to the country, and Kai Mansaray, a young colleague of Adrian’s. Recording their loves, their friendships and their suffering, Forna’s novel is a poignant reminder of what makes us human and the emotions which bind us all together. 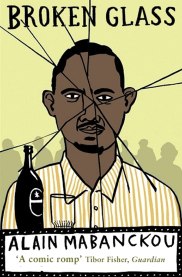 Broken Glass, frequenter of Congolese bar ‘Credit Gone West’ has been commissioned by the bar’s owner to write an account of the characters who comprise the bar’s patrons. A disgraced alcoholic and former schoolteacher, Broken Glass records his writings in his notebook. The notebook is Glass’s legacy, dedicated to his love of French literature and to his former drinking buddies.

A Tall History of Sugar, by Curdella Forbes

Moshe Fisher has always been treated differently. “Born without skin” and abandoned at birth, Moshe’s appearance defies racial categories. Arrienne Christie is Moshe’s best friend, determined to protect him from the world and its intolerance. A Tall History of Sugar follows Moshe’s life from Jamaica, and the colonial legacy left behind there, to Britain and the looming uncertainty of Brexit. Forbes’ writing is a lyrical blend of Jamaican Englishes, recounting Jamaican histories and stories through Moshe and the people he encounters.

Now an iconic motion picture, Hidden Figures follows three brilliant African American women whose minds launched America into space. Katherine Johnson, Dorothy Vaughan and Mary Jackson initially worked as human computers for NASA. Forced into the background as a part of a female team of calculators, whose job was to solve problems for the male engineers, Dorothy, Katherine, and Mary fought against racial segregation and sexism in an incredibly male-dominated field. Shetterly focusses on Katherine Johnson in particular, and her work calculating rocket trajectories for the Mercury and Apollo missions. Johnson pushed herself forward throughout her career, and, when her abilities were recognised, she could attend all-male meetings within NASA. This is an incredible and insightful biography and well worth a read!

Some of these books are available to download from our cloudLibrary here.  All you need is an RBKC library card and if you are not a member, don’t worry,  just click here – it’s completely free to join and use our resources.