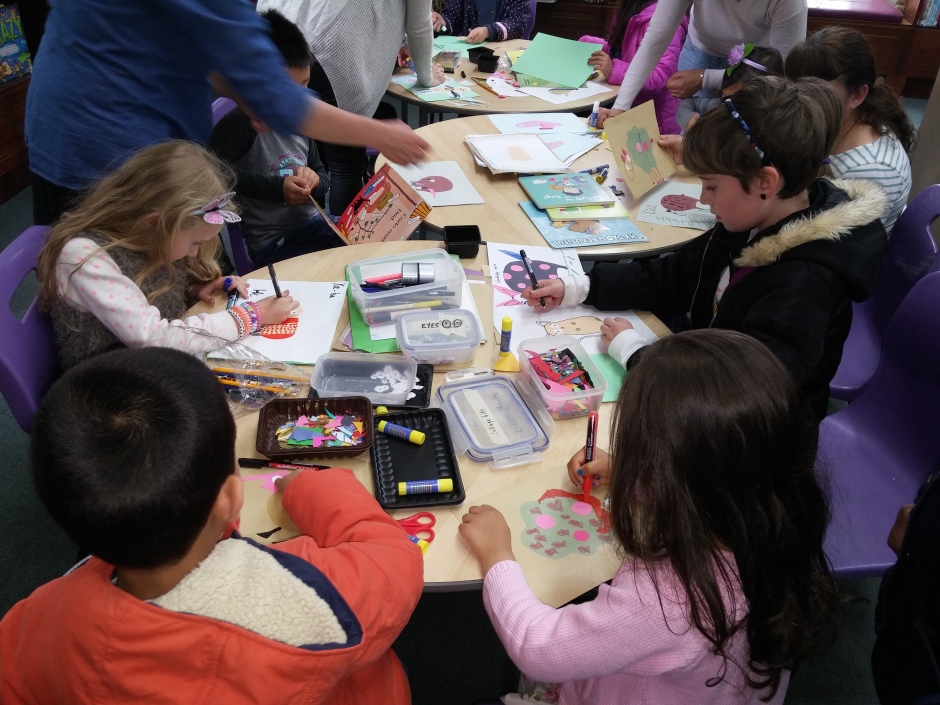 Creativity was in abundance at an event in Kensington Central Children’s Library  last Friday, when author and illustrator Jessica Spanyol visited to inspire some eager young artists. Jessica began by reading some of her picture books and talking about how characters take shape in her imagination. She introduced us to Clive, the hero of her new series of colourful books, and also read us the story of Carlos the giraffe’s exciting first ever visit to the library – a story she said she first wrote and illustrated when she was six, proving it’s never too early to start! 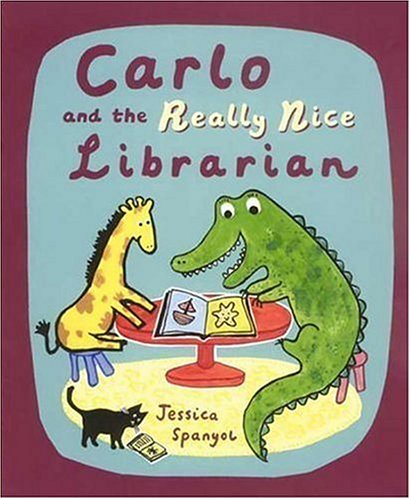 Next, sheets of paper with abstract shapes printed on them in different colours provided an amazingly fruitful starting point for the budding illustrators. Have you ever played the game where someone does a random scribble or doodle, and someone else has to make it into a recognisable thing? Or looked up at the clouds and seen the shapes of animals? This worked in the same way, and it didn’t take long before seemingly random shapes had become a range of amazing creatures. These newly-invented characters were embellished with collage made from lots of coloured paper, stick-on googly eyes and enthusiastic colouring-in. It was amazing how different people could transform the same shape in completely different ways. 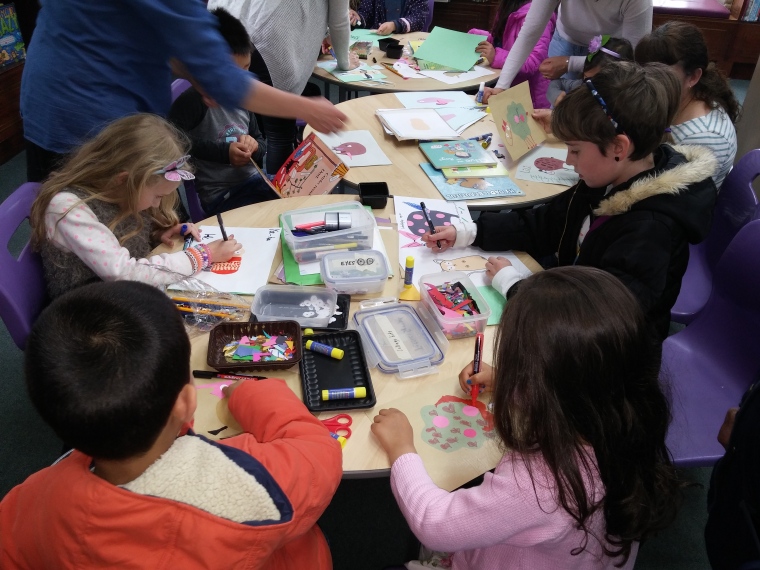 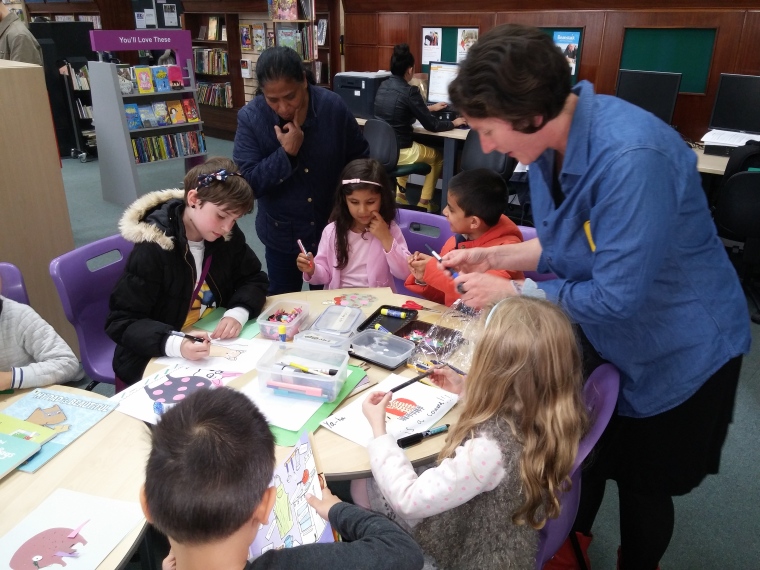 Jessica gave some great advice about creating characters for stories, which should come in useful for all aspiring authors: try starting with a picture, and building the words around it, instead of the other way around – and think of a name for your character (which might be based on someone you know in real life – Jessica confided that “Moshi cat” in the Clive books is named after her own cat, Moshi)! 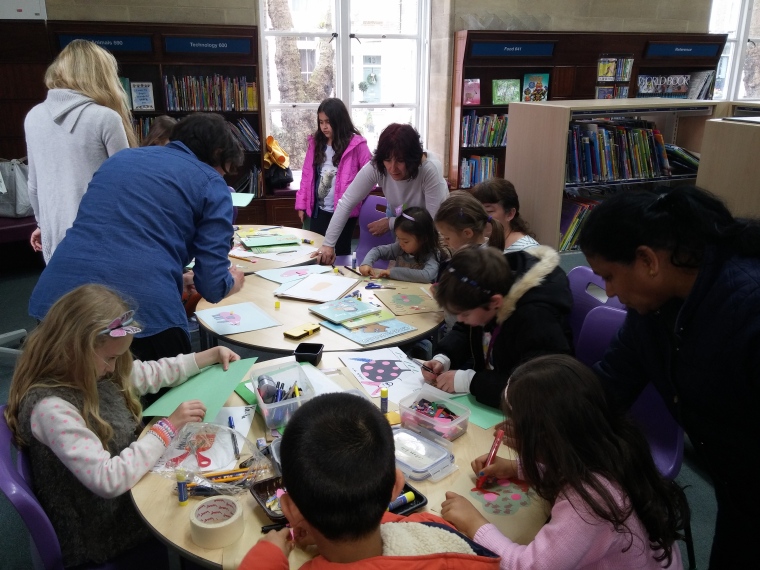 All in all this was a really enjoyable event and I was so impressed with the beautiful creatures – and some quite scary monsters! – the children produced.

We’ve got some more crafty events coming up soon with Eithne Farry: take a look at the libraries website for dates and times.