According to Hastings Borough Council’s blue plaque, Elsie Bowerman (1889-1973) was a suffragette, barrister (first woman barrister at the Old Bailey) and a survivor of the Titanic disaster. 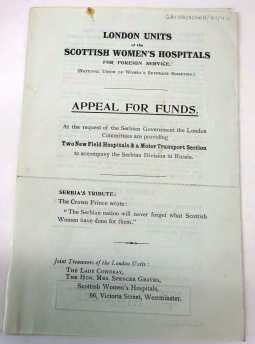 Elsie was twenty-six and thrilled when she begged her mother to let her go and drive for Scottish Women’s Hospitals.

Mrs Haverfield has just asked me to go out to Serbia at the beginning of August to drive a car. May I go? … I’ve been dying to go and drive a car ever since the war started… It is really a chance to go to the front. They want drivers so badly so do say yes. It is too thrilling for words. 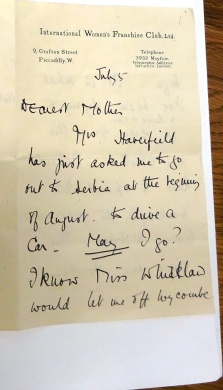 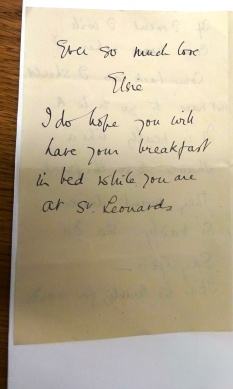 These documents – Appeal for Funds, Elsie Bowerman’s private correspondence – and many thousands more, about (very much) neglected and (almost) forgotten events and people and whole fronts in the Great War, can be found in the archive collection of Women’s Library, LSE.
Meanwhile, if you are puzzled, come to our reading event on Tuesday 30 October, 6.30pm at Chelsea Library and discover more astonishing facts.
Zvezdana, Chelsea Library