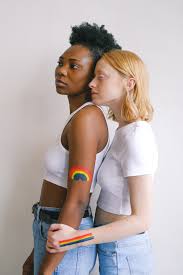 Intersectionality is a crucial part of LGBTQ+ identity which has often been overlooked. The experiences of black members of the LGBTQ+ community are often cast aside, or homogenised within a very white understanding of what being LGBTQ+ means. Furthermore, black people who identify as LGBTQ+ often experience racism from within the community, and as a result often feel excluded from a supposedly diverse group.

W.E.B. DuBois coined the phrase ‘double consciousness’ to refer to the experience of being African-American, to simultaneously belong and be excluded from both Africa and America. This principle can be applied to being both black and LGBTQ+; some people who are black and LGBTQ+ may suffer from a crisis of identity and belonging which neither heterosexual black people or white LGBTQ+ people can fully relate to. END_OF_DOCUMENT_TOKEN_TO_BE_REPLACED