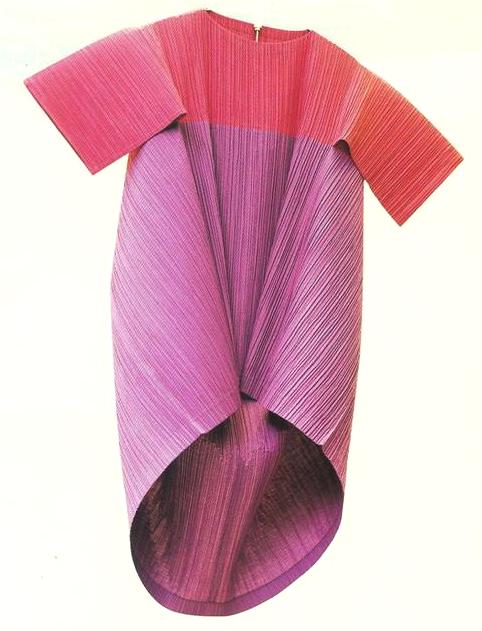 We were having a browse through the archives and loved reading the posts that stirred the most interest! Revisit the top 10 writings that most tickled your fancy…

1) A little bit of French ooh-la-la! Read all about Margaine-Lacroix and the dresses that shocked Paris

4) A celebration of all things sporty, including Agnes Beckwith, The Greatest Lady Swimmer in the World. Sport and fashion

5) Do you find your children need to be coaxed into drinking their cocktails? Here’s the answer: Modern Publicity – cigarettes and alcohol

6) All things knitting! Did you know men are doing it too?! Knitting: the beautiful game.

7) It might sound like a leg-pull, but you do realise that the library that you visit is haunted, don’t you? No? Then read on…Haunted Libraries

We’ve covered everything from swimming costumes to kimonos, books to ghosts, in our blog, and there’s plenty more where that comes from…what would you like to see in your local library blog next?

On a grey, wet Monday lunchtime some of our more hardy readers braved the weather to attend Brompton library’s first Knit and Natter course.

This is the first time we’ve run more than a one-off taster session on any subject (apart from Computing for Beginners on Saturday mornings). Our Knit and Natter course lasts for 8 weeks and this was the introduction. Michelle, the tutor from Westminster Adult Education Services, came prepared with wool and needles if necessary but our learners had jumped the gun and came with their own lovely wool – including bright red, black and some sparkly, purple wool that looked like tinsel! At their first session they went away with something they could wear, a beautiful, rose-shaped corsage.

There are still places available for this so if you’re free on Mondays from 12 – 2pm this is a great way to spend the time – in good company, learning something new (or refreshing old skills) and with something to take away to show for it.

We are hoping to host more events with WAES and make Brompton into more of a place for people to meet up, learn new things and maybe make new friends so watch this space (and the next events brochure)!

OK, so knitting is not strictly a game more of a hobby. Saying that it is something that is done in your spare time, a skill that can be improved on and with lots of perseverance and imagination great things can be achieved.

I myself am an avid knitter and have been knitting on and off for many years…I won’t say how many, but more than four and less than 100.

Previously I wrote a piece on knitting, this time round I hope to elaborate more on the history of the craft. Hopefully it will inspire someone, who may have a glimmer of interest, to take it up.

When I started writing this section, I thought it would be difficult to create this list, actually it was quite easy. I thought back to when I first started knitting and my hobby turned from an interest into an obsession. I collected hundreds of magazines for patterns from all decades. Along the way I learnt a lot about knitting and the people who knit, I thought I would share some of this with you.

Below I have just touched on five things I found interesting about knitting, more indepth research can be done if I you find this interesting. At Chelsea Library we have many books in our Costume Collection, dating back many decades on the fashion, techniques and history of knitting.

1- It’s older than you think

One of the earliest known examples of knitting occurred in ancient Egypt around 400AD. Where members of the Christian sect known as Copts knitted sandal socks, bags and dolls.

Older examples of nalbinding which has often been confused with knitting, have been found including the famous Dura-Europos fragments, which is considered by many to be the oldest example of knitting in existence. Found in the Indus River Valley and dating back several thousand years, it is listed in many books and the original dig report as knitting.

2 – Do you know your knit from your purl?

All knitting consists of just two stitches?
Yes that’s right, all knitted garments, whether they are cabled, lace, or contain blocks of colour are all created using just the knit and purl stitch. Therefore if you can knit (and purl) you can create anything.

There are hundreds of knitting stitch patterns, which many may find daunting, but once the basics are mastered, the world as they say is your woollen oyster.

Knitting stitch patterns, or combinations of knitting stitches, are a wonderful way to expand your knitting skills. There are hundreds of ways to combine just knits and purls to form different designs. They have been in use since people first began to knit. All knitting uses stitch patterns…even garter stitch (only knitting) is considered to be a stitch pattern.

We have many books on knitting and stitch patterns in our library catalogue.

Contrary to popular prejudice, men knitting used to be commonplace and was not exclusively a female occupation. Originally a male-only occupation, the first knitting trade guild was started in Paris in 1527. With the invention of the knitting machine, however, knitting “by hand” became a useful but non-essential craft. Similar to quilting, spinning, and needlepoint, knitting became a leisure activity.

In the Yorkshire Dales until the nineteenth century men and women alike knitted stockings as they walked about, which then sold for £2 a pair.

Knitting for the troops
In a piece about the Knitting for Britain, knitting project written by Clinton W Trowbridge for the Christian Science Monitor in 1997. He tells a wonderful story of American schoolboys knitting squares to sew into blankets for British troops during World War Two.It highlights the normality of men knitting.

“…at boarding schools during World War II, however, everyone knitted – including the headmaster, the teachers, and the whole football team. We knitted 9-inch squares, which somebody else sewed together to make blankets and scarves for British soldiers…”

And once the boys had learned how to knit…

“…good many of us took up knitting seriously and made socks, sweaters, and woollen hats. We would knit in bed after lights out and, some of us, even more surreptitiously, in chapel.”

The project was seen by the boys as something of an escape from more serious work, but…

“… no one ever thought it odd that a school of 200 boys should be busily whiling away the hours in such an activity”.

The guernsey or gansey came into being as a garment for fishermen who required a warm, hard wearing, yet comfortable item of clothing that would resist the sea spray. The hard twist given to the tightly packed wool fibres in the spinning process and the tightly knitted stitches, produced a finish that would “turn water” and is capable of repelling rain and spray.

It has also been said that the guernsey or gansey jumper patterns were for regional or local identification. It is said that the county, parish, or township of a sailor or a fisherman could be identified by his jumper pattern. Additionally, the wearer’s initials were traditionally knitted into the bottom of the garment, which would have been a far better indication of identity than the stitching pattern and also aid its return if a gansey was lost or stolen.

Each part of the design had a specific meaning. The rib at the top of the sleeve is said to represent a sailing ship’s rope ladder in the rigging, the raised seam across the shoulder a rope, and the garter stitch panel waves breaking upon the beach. Twenty-four principal patterns have been identified in Cornwall alone, each one again drawing inspiration from ropes, chains, waves, nets and sand-prints.

Worn as a source of pride and often knitted by prospective wives “to show the industrious nature of the woman he was about to marry”, the “finer” guernsey was more elaborately patterned than its working cousin. With the advent of the machine-knitted guernsey and the decline in the knitting industry, this type of elaborately knitted guernsey is a much rarer sight.

Madonna
The original one, not the singer. Yes that’s true, The Virgin Mary knitted as we can see below.

When you give this some thought it is not that surprising, what mother would not want to knit for her newborn? Below we can see Mary presenting Jesus with the finished garment.

Your country needs you to sew up a sock.

The kitchener stitch, also called grafting or weaving, is the favourite knitting method for creating an invisible seam. It’s most used for closing the toes of socks, but can be used on other seams as long as the garment is not too bulky.

During the First World War the Red Cross held a campaign to encourage British, American and Canadian women to knit various ‘comforts’ for British troops, such as hats, gloves, mittens, scarves and socks.

Lord Kitchener, the British secretary of state for war, is said to have contributed his own sock design to the campaign. The design included an invisible grafted toe seam which made the socks more comfortable to wear, as the knitted sock patterns of the day used a seam up the toe, which could rub uncomfortably.

This finishing technique later became known as the Kitchener stitch.

Sex and the Knitty

Over the years many actors and actresses have picked up the needles, from Doris Day, Cary Grant, Ingrid Bergman and more recently serveral members of the cast of Sex and The City. While on the set Sarah Jessica Parker was heard to have said : “On the set of a movie. I could not think of a better way to pass the time between scenes…”

The current holder of the Guinness World Record for Knitting with the Largest Knitting Needles is Julia Hopson of Penzance in Cornwall.

Julia knitted a square of ten stitches and ten rows in stockinette stitch using knitting needles that were 6.5 centimeters in diameter and 3.5 meters long.

If I have piqued your interest and you would love to learn more, why not join the groups that are hosted at our sister libraries of Westminster and Hammersmith & Fulham libraries:

If you think you know something that is more interesting than I’ve listed, please feel free to post a comment and let us know. I may use it in my next blog. 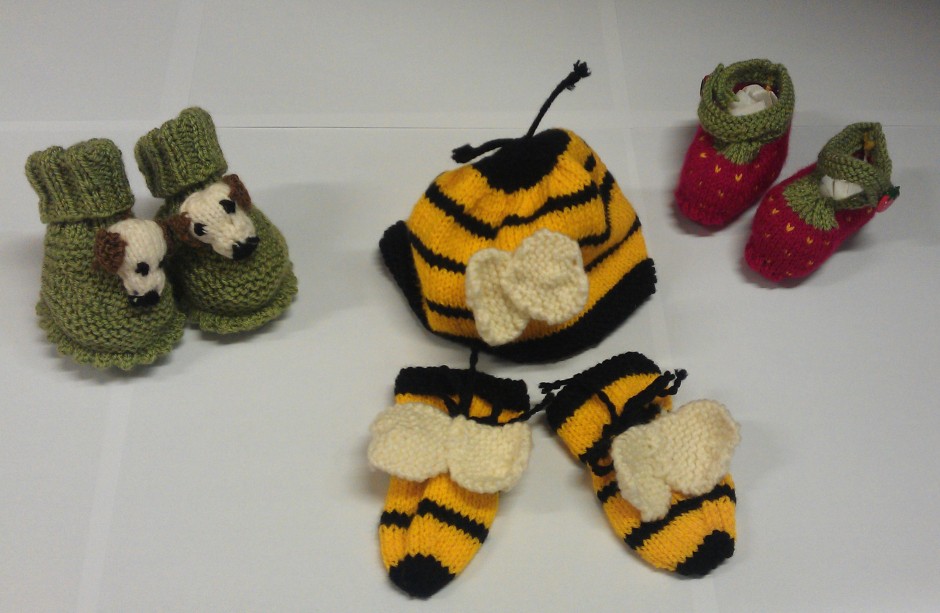 What’s it all about:
Knitting is a method by which thread or yarn is turned into cloth or other fine crafts, it may be done by hand or by machine and there exist numerous styles and methods of hand knitting.
Different yarns and knitting needles may be used to achieve different end products by giving the final piece a different colour, texture and weight.

If you need answers to the above questions and more or would love to learn a new skill, why not join the groups that are hosted at our sister libraries of Westminster and Hammersmith & Fulham libraries:

Think you could teach, guide or help?
If you are interested in knitting and would like to start a group here at any branch of Kensington and Chelsea library come in and talk to a member of staff or call the library for more information on: 0207 361 3010.