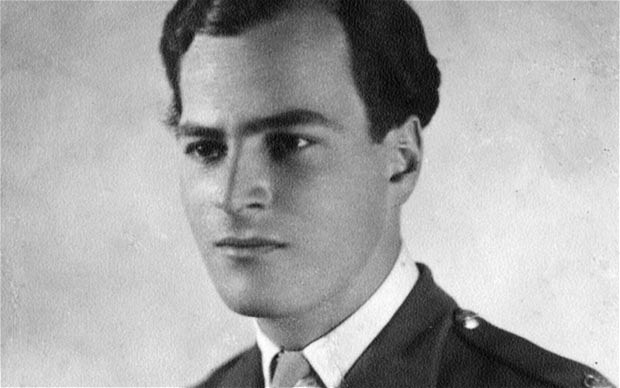 One of the best things about working in a library is chatting to our customers about books and authors. An even better thing is finding out which authors we mutually admire and adore.

One of these authors is Patrick Leigh Fermor. He was a young man of 17 when he decided to walk, in 1933, from the Hook of Holland to Constantinople . He later wrote what was to be become a trilogy of those wanderings, A Time of Gifts (published 1977), Between the Woods and the Water (published 1986) but the third instalment wasn’t published.

Patrick would go on to have many adventures, including one particularly audacious episode. During World War II he and his band of brothers on the island of Crete kidnapped a German General, Kriepe, and they blagged their way through 30 different checkpoints and escaped to Egypt. This would not have been successful had it not been for Patrick’s convincing impression of a German officer and his total belief in this daring enterprise. This was turned into a film, starring Dirk Bogart, called Ill Met By Moonlight.

I could say a thousand things about why this author is so inspiring, but apart from his thirst for knowledge, places and language he loved people above all else, their culture, heritage, habits and traditions. That was why he was such a compelling story teller and a great raconteur.

His biography was published last week, Patrick Leigh Fermor: An Adventure by Artemis Cooper. This is already getting rave reviews so put a reservation on it before anyone else does!