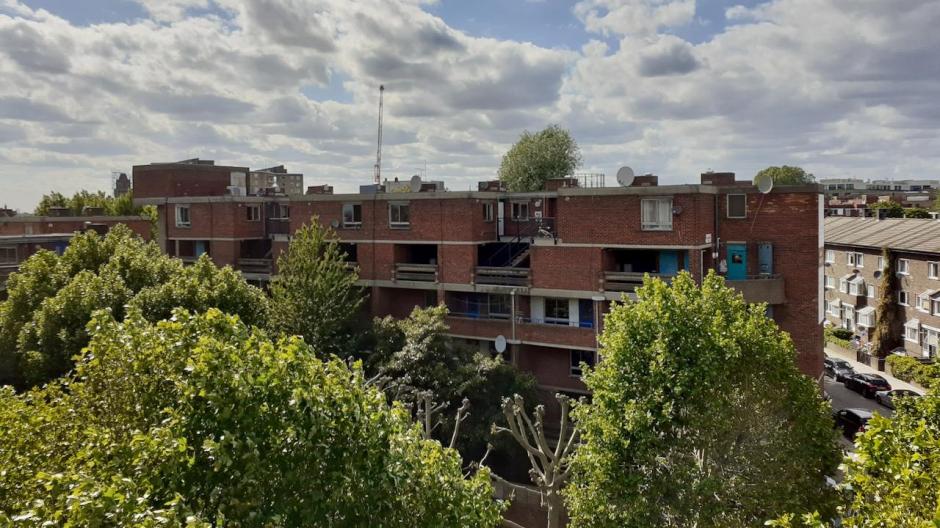 The Wornington Word: A People’s History of The Wornington Green Estate W10 is a recently completed oral history project featuring 18 residents of the estate talking about their memories and regeneration.

Over a hundred local residents, Venture Centre goers and Athlone Gardens walkers came together to create this project that includes contemporary and historic photos of this area of North Kensington. Their 40 minute documentary, The People’s History of Wornington Green, will premiere at the Portobello Film Festival. A sneak preview is available on their web site here.

The Wornington Word is funded by the Heritage Lottery Fund and run by Renegade Theatre in partnership with Venture Community Association.

We were fortunate enough to have a listening booth in North Kensington Library for our users to appreciate this project and listen to stories from our community. Due to the current situation, the booth is temporarily out-of-bounds, so Natasha, who led the oral history project, has written a series of beautiful posts for us to tell us her experiences of her community and The Wornington Word.

I had no idea what sort of characterful, close, and diverse community I was moving into when I heaved my belongings into 8 Wheatstone House Telford Rd W10.  Or that a few years later I would be running an oral history project called The Wornington Word.

It was 2014 and a new beginning for me. After joining St Marks housing co-operative, a space became available in a house on the edge of the Wornington Green Estate. Perfect. A couple of clean rooms. Lots of shelves and cupboards. That would do me.

Over the years I’d had many a Carnival and many a good night in Portobello. But now I didn’t know anyone in the area.  I found solace in the voices that floated up from the park beneath my window. I say a park. Athlone Gardens was a quarter of the size it had been in its heyday. It was a building site by the time I got here. But there was an expanse of green and the locals were still walking their dogs and meeting for lunch and I got to know them all. And the trees. I formed a friendship with the cherry blossom tree just below my window.

After six months of living here, the developers moved into the rest of the park with their digging machines. I watched them cut down eight trees. My cherry tree was ripped from the earth. Flung on the rubble. I was distraught as I saw the dog walkers and Moroccan men trying to carry on as normal amongst the stumps and boarded up landscape. But carry on living and chatting they did. It was then than I really began to understand what resilience and regeneration meant.

My one woman show, In Memory of Leaves, was born.  I was compelled to write a monologue about my cherry tree and the park’s people.  I performed it in an outside space at the back of Murchison House and later in Rome and on a tour of London canals

on a wide beam barge.  During those first performances, in a small concrete circle surrounded by tall lush trees at the back of Murchison, I started putting faces to the voices in the park and learning the history of the estate. I had to capture these unique working class voices. So that, after the buildings are demolished, the people will still be heard.

Many thanks to Natasha for introducing us to this great project. Please do check out the Wornington Word’s website for more info. They’ll be a second guest blog post next month – do subscribe so you don’t miss it.