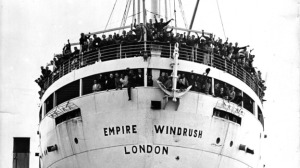 How would you feel if all of a sudden you are told by authorities that are you an illegal immigrant, that you can no longer have a job and that you will be deported to a country you have not lived in before? Amelia Gentleman’s The Windrush Betrayal and the BBC’s Sitting in Limbo cover some of the stories and facts involved in the biggest UK political scandal of the century so far.

Published in 2019, The Windrush Betrayal by Amelia Gentleman is an incredible exposé of the Windrush Scandal, examining real stories of people affected by the 2012 Hostile Environment Policy. Members of the Windrush Generation, who came to this country legally between 1948 and 1971 to bolster the British workforce, started receiving letters in 2013 claiming they were illegal immigrants. This book looks at some of the stories of the people forced to leave their homes, made to remain in immigration detention, and who lost their livelihoods through U.K. policy.

Sitting in Limbo is a BBC Drama which aired in May 2020. It is based on the life of Anthony Bryan, one of the very real victims of the Hostile Environment Policy. Exploring the discrimination and anguish of Bryan and his family, this drama is an eye opening insight into the present nature of racism in this country.

The Windrush Betrayal can be downloaded from Cloudlibrary with your RBKC Library Card here.

Sitting in Limbo can be accessed on BBC iPlayer here.