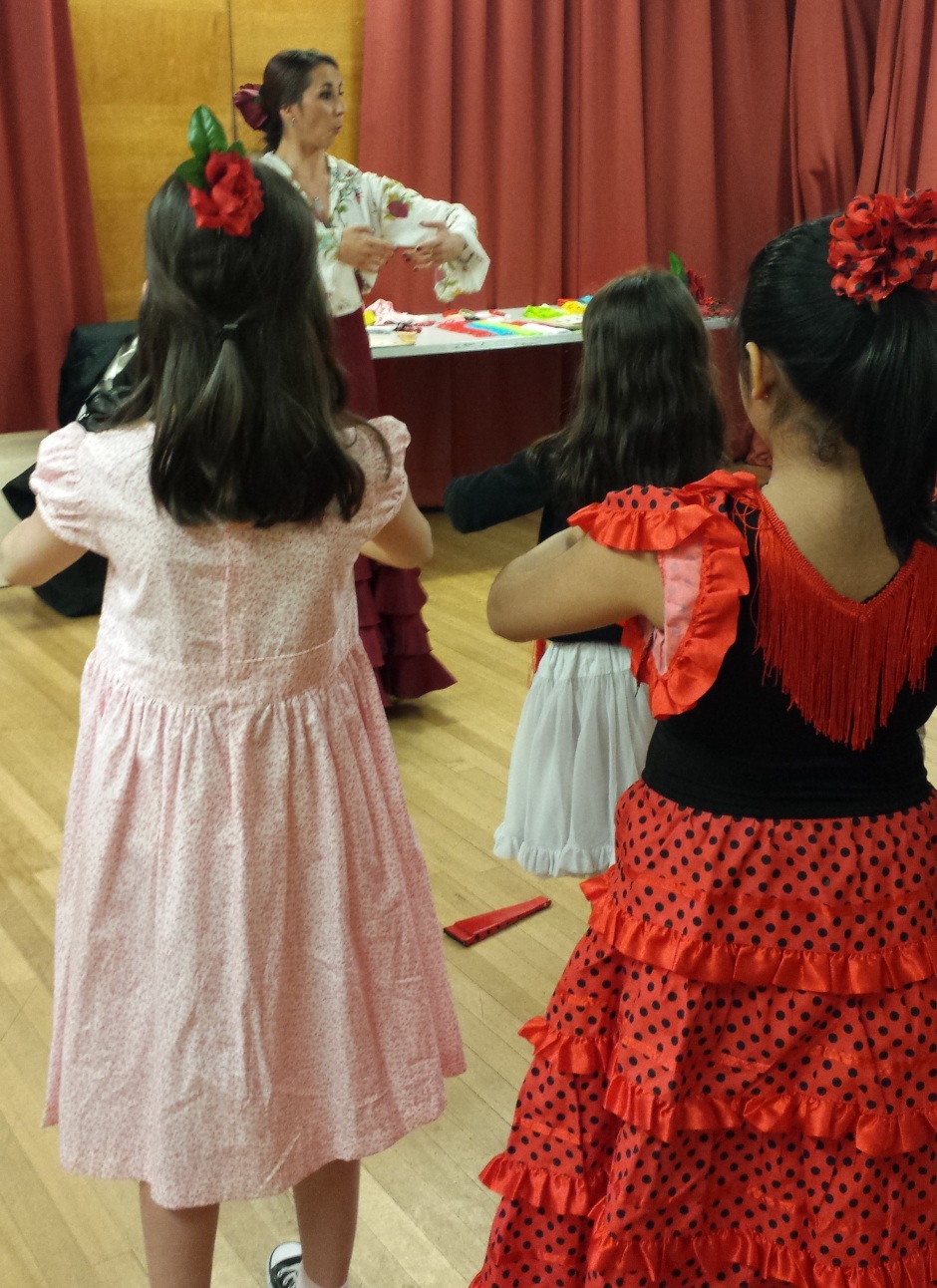 We hear a lot of Spanish as we’re floor-walking, especially after school when the kids have come into the library, so we expected a good turnout for this workshop – and we weren’t disappointed!

Not all the attendees were Spanish speakers, but amongst those who were, some came along in their own beautiful flamenco dresses.

For the others, workshop instructor Maria brought along all manner of accessories to help them get into that Spanish spirit: flowers, hair combs, bracelets and shawls.

Although most of the children started off a little shy and hesitant, by the end of the session there was plenty of rhythmic footwork and ¡Olé!s coming through the walls and ceilings as the children (alongside their parents and carers!) gradually lost their inhibitions and really threw themselves into the spirit of the dance! And who wouldn’t move to the familiar sound of  Bamboleo? (Not strictly speaking a well-known flamenco song but undoubtedly Spanish!)

Everyone learnt some Spanish words and were really pleased they’d come to the session.

One thought on “Flamenco Storytelling”